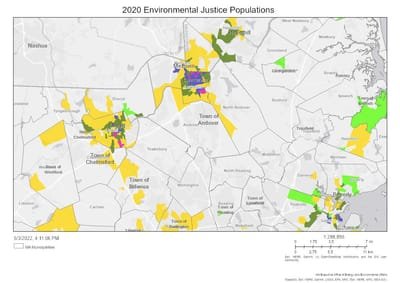 Royal Crest has a large minority population and there are 350-400 households that will be impacted if the rezoning passes. These are our neighbors. Your children went to school with them or they sold us girl scout cookies. They played sports in town, attended dances, the parents were coaches. They've supported our small businesses. They've contributed to the Town and are part of our community.

The zoning will have a direct impact on this environmental justice population and these will be their options.

The money being offered to the Town is not free.  It is rezoning that will be a precedent setting elimination of a minority population area and constructive eviction of our neighbors.  We can come up with a better plan.